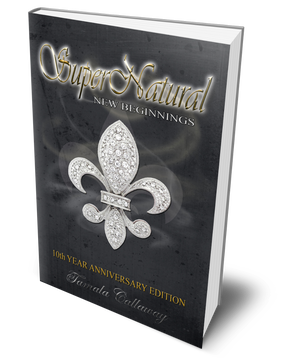 On the move as they have done many times before, the ‘Boghelis’ were relocating in a rural area of South Carolina. That is until ‘Italia’, the youngest and only single member of the vampire family felt compelled to continue further south. Drawn to the boy who would change her life forever, Italia and her family settled in Newnan, Georgia. Too excited to wait until her first day at Newnan High, Italia secretly visited Jarrett as he slept, leaving him believing their encounter was just a dream. But later, when the opportunity presented itself for the two to meet in reality, a murder of someone close to Jarrett caused Italia and her family to seek out the killer. Thinking they could easily solve the problem and get things back to normal, proved to be more difficult than they thought. This was no ordinary killer, something none of the vampires had ever encountered before, causing them to search for assistance in a different course of action. Now, the Witches were drawn out of hiding and unexpectedly more involved than they could imagine. Not only was their Dynasty in danger of becoming extinct, but they were being accused and challenged by a group of angry, temperamental, teenage Werewolves, who believed they were casting spells on their friends at their school. Fighting for power, freedom, and peace to exist, all three supernatural groups of teens, residing in the same county, attending three different schools, brought about a constant flare of danger that Newnan had no idea they were subjected to. This is a story that has been developed at a pace that will draw you into the pages of Supernatural living, and hold you captive until its finished. No worries, the series is six novels long, with plenty to keep you reading … turning pages.
"On a scale of 1 to 10 I give this book a 12! Full of Romance, Action, Suspense, and Drama. This book is a must read. Some Define it as a Page-Turner, but i classify this book as addictive! I'd also recommend this book for all ages, from young adults to the older more seasoned readers. All backgrounds would certainly love this fictional but also realistic fantasy. As a Senior in High school, I received the messages that were cleverly hidden in this story. It was too enjoyable to see it as educational, but in fact it was. (:" 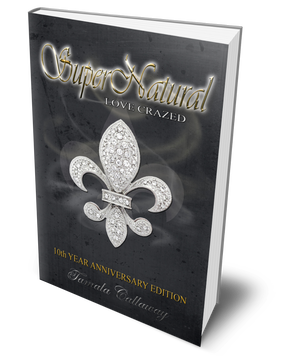 The second offering by author Tamala Callaway to the SuperNatural novel series. Available across the Internet.

In Super Natural Love Crazed, three guys, from three very different backgrounds, endure life's most difficult situations as they struggle to protect that which is most important to them. Their supernatural abilities heighten their belief that love is the greatest power of all. Without it, there would be nothing worth fighting for. 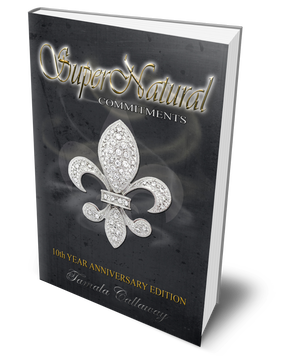 The third offering by author Tamala Callaway to the Super Natural novel series. Available across the Internet.

This story is a continuance of a series that began with a young vampire, finding her life-mate, then having to battle through a deranged hybrid to save his life. In the first book of the SuperNatural Novel series, Italia (young vampire) is the youngest in her family in human years, but second oldest in eternal years. She and her family befriended a group of local witches in order to defeat the hybrid, who happens to be part witch and part vampire. Shortly there after, their new friends' secret identity is threatened when a pack of angry werewolves seek them out, blaming them for the strange things happening to the kids at their school. Many troubles this young vampire experiences all in order to make a life with her eternal mate, all while hoping to convince him to accept her lifestyle in order for them to be together. The troubles didn't stop there, as in the second book to the series, Italia's family takes Jarrett(Italia's life-mate) on a vacation to Africa where his life becomes endangered due to the thirst of human blood drinkers who find the smell of his blood extremely intoxicating. Doing everything in their power to keep Jarrett alive and getting him back to the United States unharmed, proved to be more difficult than the Boghelis could have imagined. Constant attacks from the relentless vampires and their counterparts, brought them to Georgia where they lived, and to the third book in this series.... Commitments. Challenges arise not only with the vampire family, but also the group of witches, encountering a new member, and the wolf pack in division of turmoil within the pack as one of their members falls head over hills in love with the love interest of one of the witches.

You will find yourself unable to pull yourself away from any book in this series. It is full of drama, action, suspense, romance, and even comedy.

Past, Present & Future - Book 4 From The SuperNatural Novel Series 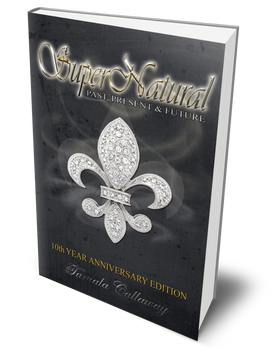 In book 4 of the Supernatural novel series, things grow more intense with the Newnan Dynasty of witches. An illness sneaks in and creates a panic that causes the witches to question their abilities.

Also, a new member of the wolf pack wreaks havoc on the entire group of supernatural friends, threatening to reveal all of their secret identities. Gabriel is then pushed to the limit like never before, causing him to put forth the training tactics none of the pack brothers ever expected from him.

Once the message to the new pack member is received, things begin to unfold that sets the vampires on a mission to New Orleans. Finding out that the root of the problem brings about bad memories for the Bogheli family, puts them all in a state of insecurity.

No one is safe from the wrath of supernatural beings, when there are so many residing in such close proximity of each other, but let it be known that this particular group will not go down without a fight to the finish. 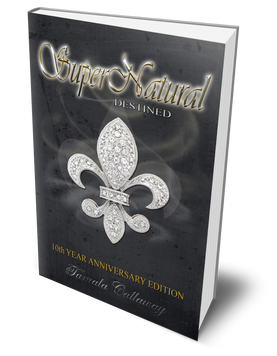 In Destined, many challenges are faced among the group of supernatural friends of Coweta County. Devastating changes occur and realities are being rewritten. No amount of magic will detour what these friends are being subjected to. Buckle up for this grand finale in the SuperNatural novel series. Your heart will break for some and rejoice for others, but you will be completely captivated by what's to come from Destined. 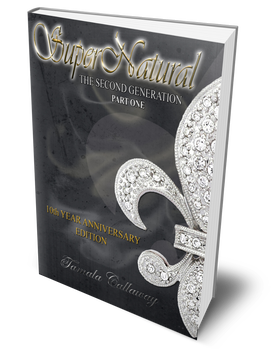 The beginning of the second generation of supernatural characters starts from young adulthood.

While Brandon is at constant war with others coming to seek him out, his powers are growing greater with every challenge. His title as The One, has others in the craft pursuing him with an aggression only the older members of the Dynasty understood. Meanwhile, Nalim is facing a tragic feat of his own. More changes occur that gives him and his family answers as to why his biological father left without connecting to him.

These group of children, all born into a family of friends, have major responsibilities resting upon their shoulders. Some of them have been destined for great importance and are being trained for their purpose in life. The upside to their reality is that they already have the support and comradeship of others that their parents all have worked to build. Not that it makes their challenges any easier, but knowing they're not alone is comforting. 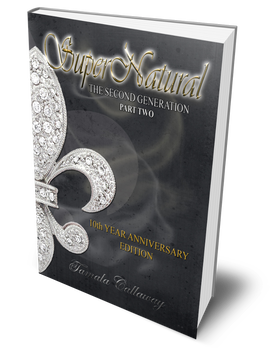